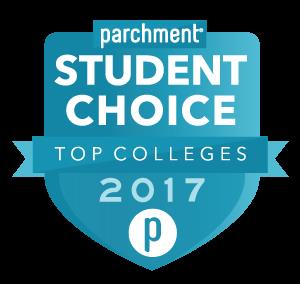 Each year, students apply to colleges. Plural. Oftentimes, they are accepted to colleges. Also plural. When they have an admission acceptance to multiple schools and need to choose between two schools, we call that a match up. Parchment treats student’s college choices like a chess tournament. (stick with us here). We rank schools by all-time total matchups won against another school and then we assign points. The Ivy leagues get less points when they win a match against a state school but when that state school is selected over the Ivy, that state school gets more points. Bonus!

So, all that explanation to say that in the sixth year of revealing student choices in college rankings, mission-oriented schools like Pomona College, United States Air Force Academy, the United States Military Academy and the United States Naval Academy attract students who share their purpose and consequently are chosen by students that had more than one admissions acceptance.

In addition to the Parchment Student Choice College Rankings, Parchment offers a series of free college tools to help college-bound students build their lists, compare their admissions chances against other students that were accepted, and much more.