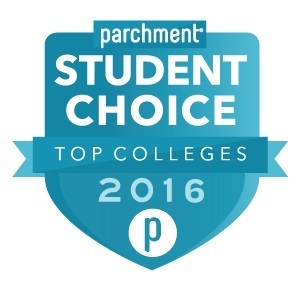 The Class of 2015 has offered advice to the Class of 2016 that includes: “College isn’t the goal, it’s a way of reaching your goal.” Wise words from the next generation of leaders.

But how does it work?

Imagine that your college choice was treated like a chess tournament. Schools would be ranked by the total number of matchups won against another school as well as the ranking of the school they faced in the matchup?  Example, you’ve been accepted to Arizona State University (ASU) and the University of Arizona (U of A). Which school do you choose? If you choose ASU (more matchups all time), then ASU is awarded points and U of A loses points. The more points a school earns, the higher their ranking.

Parchment’s Student Choice College Rankings offer some interesting results. As you’d imagine, for the third consecutive year, Stanford University is the top student choice. (who’s going to turn Stanford down?) Student choices vary each year as a result of various environmental factors. This year’s rankings highlighted several Liberal Arts Colleges on the move. Harvey Mudd College in Claremont, CA moved up twenty spots from last year’s rankings to the No. 3 spot in 2016.  Other Liberal Arts Colleges on the move included Swarthmore College in Swarthmore, PA, Pomona College also in Claremont, CA and Bowdoin College in Brunswick, ME ranked 11th, 12th and 13th respectively by students. Unique to the 2016 rankings, Harvard University dropped 39 spots, from the No. 2 position last year to 41 this year.

This website uses cookies to improve your experience while you navigate through the website. Out of these, the cookies that are categorized as necessary are stored on your browser as they are essential for the working of basic functionalities of the website. We also use third-party cookies that help us analyze and understand how you use this website. These cookies will be stored in your browser only with your consent. You also have the option to opt-out of these cookies. But opting out of some of these cookies may affect your browsing experience.
Necessary Always Enabled
Necessary cookies are absolutely essential for the website to function properly. This category only includes cookies that ensures basic functionalities and security features of the website. These cookies do not store any personal information.
Non-necessary
Any cookies that may not be particularly necessary for the website to function and is used specifically to collect user personal data via analytics, ads, other embedded contents are termed as non-necessary cookies. It is mandatory to procure user consent prior to running these cookies on your website.
SAVE & ACCEPT